Mira Markham arrived in the 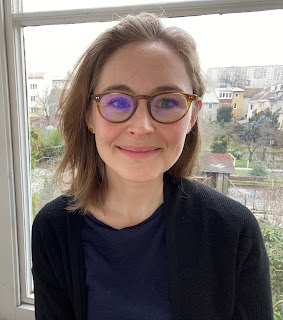 Czech Republic at the beginning of January of this year. A PhD candidate in the College of Arts and Sciences at University of North Carolina at Chapel Hill, Mira won a 9-month Fulbright student grant to move forward with her dissertation research at the Faculty of Arts of Masaryk University in Brno. When Mira planned her research project called, “Power in the Village: Rural Politics in Moravian Wallachia, 1945-1953,” there was no sign of a worldwide pandemic; thus, her original plan was to rely heavily on local in-person library, museum and archive research, communication with Czech scholars and field research in the rural area of Moravian Wallachia, the mountainous region located in the eastern part of the country. Mira is fluent in Czech and has been to the country four times prior to her Fulbright grant. How has she adjusted to the new realities of today? And how successful is she in conducting her research given the current limits?

When I arrived at the Raleigh airport two weeks ago, the woman at the check-in counter couldn’t believe that I was actually leaving the country. I handed her my passport and flipped to the page with my visa. “You live in the Czech Republic? No? And you’re a US citizen?” She called another man over to inspect my papers. They looked at my passport, visa, and airline ticket, shrugging before they weighed my suitcase and sent it down the conveyor belt. I headed for the security checkpoint, trying to maintain a safe distance between myself and the other masked passengers in line. 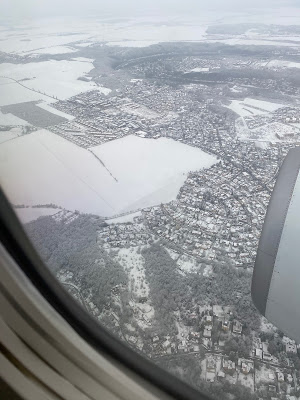 Photo 2: The view out of my airplane window flying into Prague. Having lived in North Carolina for three years, I was pretty excited to see that it had snowed in the Czech Republic the night before I arrived, January 2021.
I received notification that I’d been awarded a Fulbright fellowship in late March. Just a few days earlier, my university had gone entirely online. I’d had to lug out multiple boxes of library books from my carrel and haul them back home. I started going jogging in the morning just to go somewhere, running into the street so as to stay six feet away from people I passed. I started sewing masks, and modified the patterns to fit the different noses of my family members, although I couldn’t keep them from sliding down anyone’s face while they talked. I passed my comprehensive exams, defended my dissertation prospectus, and read nineteenth-century ethnographic literature and novels about life in the Moravian countryside. I didn’t travel much further than my office on campus, and I didn’t even go there very often, because the ghost-town atmosphere made me uneasy. I was honored and excited to get the Fulbright fellowship, but it seemed very unlikely and very far away.

So I can hardly blame the woman from Delta for being surprised, since I was just as surprised myself when the plane landed and I was finally in the Czech Republic. I spent the first night in Prague and got a few hours to walk around the Old Town before hurrying back to the empty hotel before nine PM. I took a picture of the astronomical clock without anybody else in it. I walked across the Charles Bridge and looked at all the saints individually. A flock of swallows flying over the river heightened the romantic atmosphere, which was then slightly ruined by a group of teenagers chasing each other and shrieking. The next morning, I pulled my suitcase down the noisy cobblestones to the bus station and traveled to Brno, where I’ll be spending the next few months. 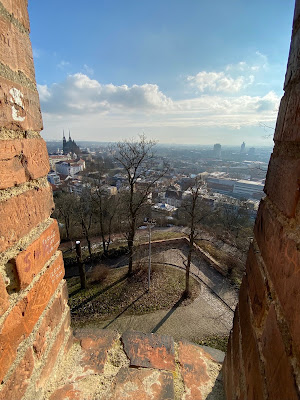 Photo 3: Looking at Petrov cathedral from Špilberk castle in Brno, January 2021.
My research is about rural politics in eastern Moravia after the Second World War. This is a very complex and dramatic period in Czechoslovak history, and I’m interested in how ordinary people understood, experienced, and participated in it within their own communities. It’s called “Power in the Village,” which may be the only good title I’ve ever come up with — because I want to write both about how power was exerted over the village by external forces, but also how the village community developed and maintained its own power. This means that I have to look at a variety of different sources: from plans for road construction and economic production, to speeches given at of regional Communist Party conferences, interrogation transcripts of people accused of “anti-state activity,” documents from local festivals and exhibitions, and village chronicles. These documents are located in archives in Prague, Brno, Opava, Vsetín, Zlín, and a few other places, and all of these archives are currently operating with a very restricted capacity. That is to say, they’re open in the morning and early afternoon on Monday and Wednesday, and you have to reserve a spot — sometimes weeks in advance. 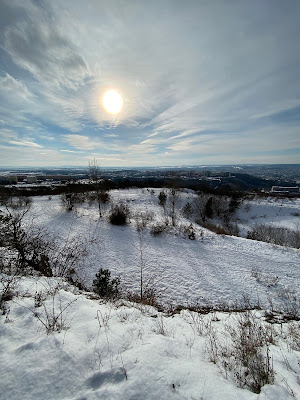 Photo 4: A view of Brno from a former quarry not far from my apartment, January 2021.
I love going to the archives. If I want to write about the 1948 elections to the National Assembly (which were not real elections — there was only one ticket to vote for, since the Communist Party had carried out a coup just a few months earlier), I suppose it isn’t strictly necessary for me to be able to unfold a poster telling people where to vote. It’s not strictly necessary for me to see the hand-painted protest leaflets that some anonymous person circulated somewhere telling people to cast a blank ballot, either. But since my project is about the ideas and experiences of ordinary people, it helps me to spend time with some of the things that these people might have created or encountered. When I started thinking about my project and coming up with a research plan back in 2019, I imagined myself going to the archives every day. Actually reading the documents in front of me, rather than just taking pictures of them and reading them at home. Not trying to consume as much information as possible in little frenetic bursts, but going through things slowly and carefully. For now, this isn’t something I’ll be able to do. While I have been able to visit some archives already, and will be visiting more within the next few weeks, it’s not the experience that I’d envisioned. I’ve had to make decisions about which sources I have to prioritize, and I won’t be able to spend as much time looking over all the things I find.
Although the situation isn’t ideal, I’m still happy to be here. I spent the first few days in voluntary isolation, looking at finding aids for different archives available online and working on a paper based on all the nineteenth-century folklore stuff I read last summer and fall. I went to get my Covid test a few days after arriving at St. Anna’s Hospital, where there’s a mural of surprisingly cute little coronaviruses (link here) painted on the front of the testing center. After I got my negative result, I made plans to start visiting archives and met with my host here at Masaryk University, who showed me around the building. Although the library isn’t open, I’m able to request books online and pick them up.

I’m hoping that things will improve over the next few months. In any case, the lockdown doesn’t apply to walking in the woods. The Czech Republic has the densest network of hiking trails in the world, or so I hear. I’m frequently asked how I got into the topic that I’m studying, and this is part of the answer — I wouldn’t have begun this research if I hadn’t come across some monuments while hiking that I wanted to learn more about. So I’ve been spending my free time just following the paths and seeing where they take me. 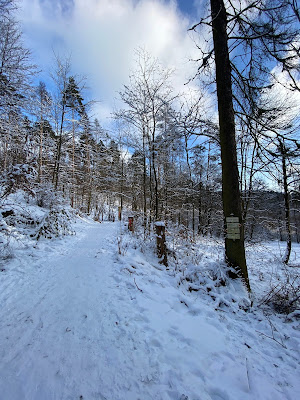 Photo 6: One of the many guideposts for hikers in a forest north of Brno, which will tell you exactly where you're going and how far away it is, January 2021.

Disability Access in the CR: More than Meets the Eye by Bojana Coklyat

července 09, 2020
Bojana Coklyat arrived in the Czech Republic in August 2019 as a Fulbright researcher focusing on access and visibility in the arts for people with disabilities. Coming from New York University, Bojana transitioned to the Faculty of Social Studies at Masaryk University in Brno with the ambition to examine the social and cultural life of people with disabilities in contemporary society. During her 6-month stay, Bojana visited numerous cities and towns within the country, as well as abroad. At my NYU Department of Global Studies info session on Fulbright, I asked, “What accommodations are available for disabled people through Fulbright?”. They weren’t sure if there would be any once I got to my host country and that they hadn’t much experience with disabled grantees. One bit of information that helped me feel hopeful was that the Czech Republic Fulbright Commission had a reputation for being very involved with their grantees. Once I arrived in Brno, I found that this reputation was i
Další informace

Land of the Free and Appropriate Education: How One Tiny School District is Coping with COVID-19

května 11, 2020
Niecea Wilson, Fulbright ETA 2018-2019 at Agriculture and Veterinary High School in Lanskroun, reports on her experience returning to teach in the USA and the effects of COVID-19 on teaching and learning in Downieville, a picturesque mountain town of 300 residents in the heart of the Sierra-Nevadas. New teachers are told if they can persist through the difficulties of the first year, nothing is impossible. Well, this is my third year teaching, (my first year back in the United States after completing my 2018-2019 Fulbright ETA in Lanškroun, Czechia) and it has certainly been the most difficult. A year that began with rolling power outages, leaving millions of Californians without electricity, now concludes with a global pandemic that shut our schools so abruptly, many of us didn’t get to say goodbye to our students. Everything just came to a standstill. School districts and states are now grappling with how to administer free and appropriate public education, a right to all stu
Další informace