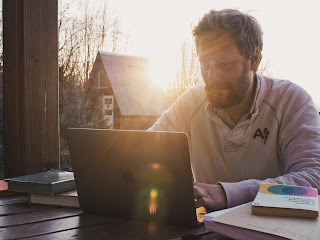 Ondrej Ditrych is a political scientist, a proud recipient of Fulbright scholarship held at Belfer Center for Science and International Affairs, Harvard Kennedy School (2007/2008). He currently serves as the director of Institute of International Relations Prague, Czech Republic, and as an academic fellow at Charles University, Faculty of Social Sciences.


The Fulbright scholarship I was most gratefully awarded as a junior doctoral student at Charles University was a true beginning of a wonderful journey of curiosity and discovery of the nature of politics and society. More than a decade later spent on this journey, I now have the privilege to be at the helm of Institute of International Relations Prague.

A true institution for the Czech science of international relations, founded by the Ministry of Foreign Affairs yet independent by statute, the Institute is something of a ‘hybrid’: a place for interdisciplinary academic research of all things international which we seek, at the same time, to be translating to the needs of policy makers over at the Ministry and other public institutions, while entering the maelstrom of public debate on current international issues and broaden its horizons.

The information revolution and the unprecedented democratisation of knowledge means we cannot pretend to have the truth. Anyway, we don’t want to. What we like to do is to connect the worlds of knowledge and politics, setting a deeper understanding and a sense for nuance – a basic ingredient for sound political judgement – against superficial generalisations, and providing dispassionate analysis in public interest.

That ambition is encapsulated in our new motto: ‘Expertise to Impact’.

We adopted it only a few months ago. In those mundane times, it meant thinking slowly and writing (slowly) academic papers and (little less slowly) policy briefs.

Then COVID-19 came. Not a ‘black swan’ we’d failed to foresee, but a ‘grey rhino’ whose stamping we’d chosen to ignore, at the cost to our resilience when the pandemic stroke.

Suddenly, ‘Expertise to Impact’ took on a different meaning. We got new, sometimes multiple (home) offices, but a more fundamental change of reality took place. And while, as Hegel once wrote, ‘the owl of Minerva spreads its wings only with the falling of the dusk,’ the task of socially engaged political science has become to look for immediate, if imperfect insight to make some sense of the historic moment we are witnessing, including to those who take difficult decisions under the condition of scarcity of incontrovertible evidence and causal chains.

The moment is historic not because it would be first time humankind has been struck by such insidious enemy. After all, the ‘human web’ has been a global one for millennia. It is historic because these difficult decisions need to be made to preserve what we hold dear, and to act on visions of a better world in the short window of opportunity of a state unexpected by the system.

There is a distinct international dimension to this. For a smaller liberal state, international relations governed by mutual responsiveness and rules that are generally observed rather than brute power, and politics that favours openness over closure – the ‘short-sighted concern only about that part of the universe that begins and ends at the fence of our house’s yard,’ as Vaclav Havel once put it – is the only environment in which our society can have a future.

And so, at the Institute, we took to looking to the future.

Or futures, to be precise. For the strategic foresight of global politics project we have launched to support the Ministry of Foreign Affairs’ policy planning in these trying times has not intention to predict the future. Rather, it seeks to identify key driving forces and critical uncertainties as building blocks for comprehensive scenarios – not a single universe, but rather ‘pluriversa’ of possible futures that are not solely determined by abstract structural forces.

No, there is not only a place but also a need for human will, skill and acumen to design effective public policies that are flexible, competent but also compassionate.

Through the project we launched, the Institute is part of the process of designing and redesigning the ways my country engages with the world around; the world of which it is an indispensable part.

That is the Institute’s true purpose. And to me, a source of humble pride and satisfaction.