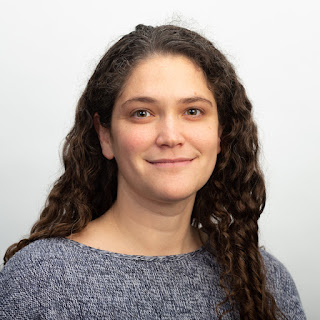 This week we share the achievements of one of our alumni, Ilana (Lani) Hartikainen, whose work in the area of teaching the socialist history of the Czech Republic in an online format has become particularly timely in the age of the coronavirus and online learning. Read on to learn more about how Ilana’s experience as a Fulbright English Teaching Assistant in Liberec led involvement in the creation and development of the Socialism Realised project at the Institute for the Study of Totalitarian Regimes (USTR) in Prague. Post originally entitled: “History Teaching in the Age of the Coronavirus.”


Ilana Hartikainen was a Fulbright ETA in Liberec, Czech Republic in 2011-12. She spent 2012-14 getting her International Masters in Russian, Central and East European Studies and Political Science at the University of Glasgow and Corvinus University of Budapest, before moving to Prague and joining the Department of Education at the Institute for the Study of Totalitarian Regimes. In 2018, she started a PhD in Political Science at the University of Helsinki, where she studies celebrity populist success in hybrid media systems. She is a member of the 2020-2021 Europaeum Scholars Programme cohort, and she is currently working on her dissertation as a part of the Kone Foundation funded Now Time, Us Space project, looking at populism through the lens of history, memory, and the public space.

“You’ll need to learn something about the Sudeten Germans.”

This was my Czech teacher’s response when I shared the good news about having been placed in Liberec, the former Sudeten capital, for my year as a Fulbright English Teaching Assistant. Having only the most passing name recognition of both the Sudeten Germans and Liberec, I immediately started reading and then revelled in the feeling of history come to life when I finally arrived in Liberec and explored the city’s hilly streets. The sense of feeling so close to history was always something that I had loved about visiting Europe as an American, and Liberec’s fraught 20th century always gave me plenty to ruminate on as I moved through the city during that inspiring and eye-opening year.

All of that seems quite far away now, as I sit here cooped up in a 1990s era Helsinki apartment, watching the spring days lengthen through the windows. Even though I moved away from the Czech Republic in 2018, the frequent flights between Helsinki and Prague always served as a security blanket — I could always go back if I wanted to, so the connections in the country that I made during my Fulbright year and beyond were never truly cut. Now, one of the hardest things to handle about the pandemic for me on an emotional level is the knowledge that, due to border closures and canceled flights, there’s no way for me to get there.

In truth, though, Czech history is never far away from me. I can trace everything I’m working on now directly back to that year I spent as a Fulbright ETA in Liberec. On the one hand, I’m a PhD candidate at the University of Helsinki studying populist politics in the Czech Republic with a focus on the political usage of contested historical spaces. And on the other, I still maintain a more direct professional connection to the Czech Republic as a member of the Institute for the Study of Totalitarian Regimes’ Department of Education.

I started that work in 2014, shortly after finishing my masters. The department had already amassed an impressive collection of audiovisual material — clips from news broadcasts and feature films, for example — and other primary sources, which they had optimized for educational use and put online with the goal of providing Czech teachers with material to teach contemporary Czech history in an inquiry-based, multiperspective way. Our first project’s goal was to develop a similar website that would make some of that material available for a wider, international audience, presenting the state socialist history of Czechoslovakia in a way that went beyond the black and white Cold War narratives that so often dominate teaching about this era abroad.

We subscribe to the constructivist approach to history teaching, meaning that we intend not to one-sidedly impart knowledge to our users, but instead to provide them with material and accompanying questions that will allow them to build knowledge on their own and, at the same time, develop their critical thinking skills. By choosing a range of different types of materials that address different moments of history from different perspectives, we can also guide students towards, for example, an understanding of the constructed nature of history or an increased ability to critically analyze media. As we began gathering suitable material for what would become Socialism Realised: Life in Communist Czechoslovakia, 1948-89, though, we quickly found that most of what our team had tested and deployed in Czech schools required too much explanation for those who hadn’t grown up in a Czech environment, thus rendering them useless for our pedagogical approach. This realization began a difficult and illuminating endeavor that we haven’t yet stopped pursuing.

As our primary goal was never to have students walk away with specific knowledge about the communist history of Czechoslovakia, we directed our attention to material that spoke to broader historical themes like government ideology, oppression, personal experiences, or memory and essentially used this historical period as a backdrop. The history of state socialism functions well in this role, we found, as it is both distant and familiar to today’s students, and can therefore push them to reflect on their own presents, while at the same time working to break down the lingering stereotypes that still tend to drape Central and Eastern Europe in grey. After multiple rounds of piloting with students from all over, Socialism Realised went live in 2016 — but the work still continues.

In 2018, we embarked upon the now completed Experience of State Socialism Reimagined (ESSR) project, the essential goal of which was to develop a process that we could later use to create a website like Socialism Realised that would include material from all over the former Eastern bloc. In doing so, though, it also produced an additional four lesson plans, which are currently available for use on the ESSR blog on the Socialism Realised website. After noting that most of the partners ended up focusing their plans on lessons linking history and civic education — like elections, ideology in the public space, or religion and the state — the team decided to start a new project where that linkage would be the main focus. At the same time, USTR’s Department of Education has been hard at work with a different consortium on HistoryLab, an extensive online historical laboratory that allows students and teachers to enter the space and work creatively with historical sources, which is currently available in both Czech and English.

As we worked to develop these methods and materials, we had no idea that so much of the world would suddenly need so much material suited for distance learning or that the ability to critically read and analyze different media sources could suddenly carry so much more weight. But I’m proud of what my colleagues and I have done so far, and I’m proud to continue this work, even if those tree-lined and historically loaded Liberec streets are so far from where I’m doing it.