Creative Writing in the Czech Classroom

When I applied for my Fulbright teaching assistantship, I said that I wanted to implement creative writing into my lessons. I wasn’t sure how feasible this goal would be, because I didn’t know if my students’ English would be at a high enough level to do so. 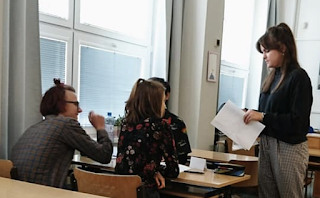 Luckily, I’m teaching in a pretty advanced gymnázium, and the level of ability I see in my students quite often astounds me. They are more than capable of writing creatively, and some of them even write in their free time. That isn’t to say they’re totally receptive to the idea, though.

Creative writing isn’t for everyone. Even when I was in high school, there were always students in my writing classes who just didn’t “get” the fun of it, or didn’t find any enjoyment in writing stories and using imagination in that way. It’s no different here. While there are some secret poets or the occasional student who wants to be a writer herself, there are many others who have no interest in attempting it, perhaps thinking they don’t even have the ability to write creatively in the first place.

Sometimes when I tell a class that “we’re going to do some writing today,” I get a few eye rolls and sighs of dread. I’ve consistently seen a lack of confidence when it comes to expressing creativity, and I’ve come to learn that it’s because they don’t get many chances to create in their regular classes.

It’s taken a lot of trial and error, but I’m lucky I’ve had the ability to test-drive all kinds of writing types to see what works well. We’ve written opinion paragraphs, journal entries, emails, short stories, nonfiction, and more. I’ve found that in order to fully engage everyone, small group or partner writing works extremely well, because all members share the role of storyteller and there’s less pressure to create something monumental all on your own — instead, it’s just fun.

One activity that worked incredibly well was something a little nonconventional. I had them write a story about me. The kicker was that it had to be based off of real facts, which they were required to obtain from me by writing specific questions (with correct grammar and punctuation) on small pieces of paper. Like passing notes, I’d write my answer and hand the paper back to them, and with these facts they could piece together their story. Quite a bit of vulnerability was required on my part, but that’s actually what made the activity function as successfully as it did. There was some kind of special thrill for them — suddenly having immediate access to whatever in the world they wanted to ask me about, and I had to tell the truth — that engaged truly every student involved, even the ones who sigh when I say that it’s a writing day.


Another one of my favorite lessons was one about Valentine’s Day, which I paired with a recycled ETA lesson about metaphors and similes. At the end of the class, I had them try to write their own little love poems, and since I’ve gotten to know the Czechs’ dark sense of humor a little more intimately, I wasn’t too surprised by some of their sarcastic quips. 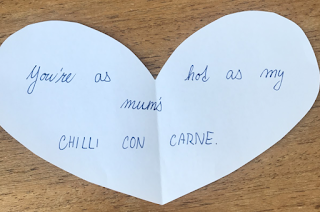 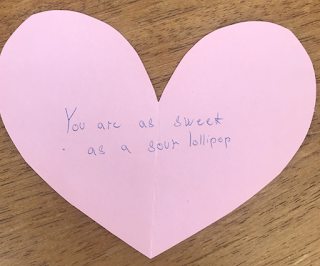 We’ve also done circle storytelling, where the students sit in small groups and begin writing a story for about two minutes. Once that time is up, they pass their papers clockwise around the small circle, and they write for another two minutes in continuation of the new story in front of them. By the time the stories have been passed around completely and returned back to their original writers, each story’s trajectory is likely much different than they first imagined it would be. There’s all kinds of circle and group storytelling tools out there — I get a lot of my ideas from the British Council, lesson sharing websites, and my fellow ETAs.


One of my most recent classroom endeavors was comic writing. After reading some American comic strips and practicing writing new ones together, I tasked them with creating their own small comic strip, preparing the narrative first with a story map and then drawing the illustrations and filling in the speech bubbles. Again, I was impressed that even the quietest students had something to show at the end of the class period, many of their creations funny enough to stand next to the Peanuts and Family Circus strips I showed them beforehand (but of course keeping that very unique sense of humor). 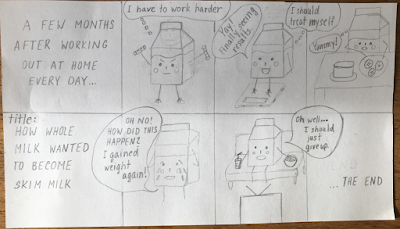 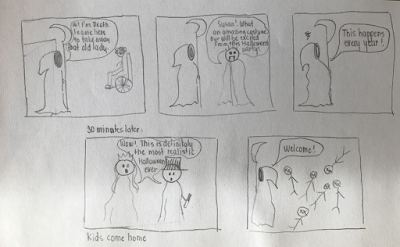 It’s rewarding and always entertaining to see the creative work they produce. Even more rewarding is to hear from them personally that they are grateful for the opportunities I’ve given them to create. Most of them are completely open-minded to the ideas I throw at them, and I’m so lucky I’ve been placed at a school like this one where I have the ability to do these types of activities. As you can see, they certainly have all sorts of untapped imagination.
Vystavil czechfulbright v 9:25